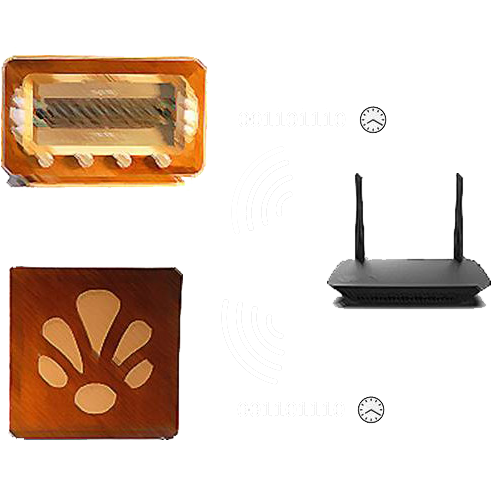 The multiroom, or multi-room, is a wireless broadcasting system, through the local WIFI network, allowing the synchronized streaming of music on several wireless speakers. At tsfvintageradios, these speakers are our radios, turntables and speakers. This article explains in animation how they work in multiroom mode.

The units can be placed in the same room for stereo sound, or in different rooms to ensure the continuity of the sound environment while you are on the move.

The animation below explains the synchronous broadcast of a song from a music platform or radio station.

To broadcast a record over WIFI, the analog signal is first digitized. Then, the record player plays the role of the music platform:

To each his own music

When devices are spread out in different rooms of the house, you don't always want to listen to the same thing everywhere! Our radios and record players also work independently of each other.

The parents have friends over and play a Pink Floyd vinyl recording on their Reela record player. The stereo in the living room is provided by the record player combined with an art-deco WIFI speaker, and the continuity of the soundscape is provided from the kitchen to the pool with a Bragera radio and a Wine-Crate 400W speaker.

In her room, their daughter prefers to listen to her favorite album of the moment, on her old stereo modernized with a WIFI box.

Our WIFI/Multiroom modules support up to 8 devices simultaneously if your internet connection is of good quality. You can distribute the systems anywhere in your home, the only requirements being that your WIFI network is accessible and that you have a power outlet to plug them in.